Home / ENTERTAINMENT / Here’s how Dilbara made it to the album of ‘Pati Patni Aur Woh’!

Here’s how Dilbara made it to the album of ‘Pati Patni Aur Woh’! 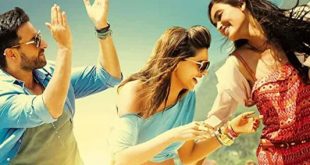 Deepika Padukone marks 8 years of Cocktail, a film that transformed her as an actor 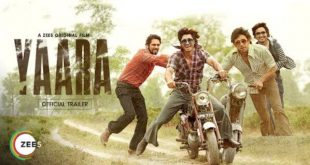 From best friends to partners in crime, experience the passion of their incredible friendship #BondOfYaara

After launching two party numbers – ‘Dheeme’ Dheeme’ and’ Ankhiyon Se Goli Maare’, the makers of the highly-anticipated family entertainer, Pati Patni Aur Woh are all set to raise the excitement level of the audience by unveiling a new song from the popular album titled ‘Dilbara’.

The song is certainly going to be a musical and visual delight for the listeners since it’s composed and sung by the popular musical duo – Sachet Tandon and Parampara Thakur of Bekhayali (Kabir Singh fame) and penned by Navi Ferozpurwala.

Well, there’s an interesting story behind Dilbara making it to the popular music album. When the producers Bhushan Kumar and Juno Chopra heard Sachet and Parampara’s version of Dilbara for the first time, they instantly fell in love with their live rendition and decided to incorporate the song in the movie.

High on emotions, pain and love, Dilbara is a heart-warming track, shot beautifully with a series of montage featuring Kartik, Ananya and Bhumi.

Producer Bhushan Kumar says, “Sachet and Parampara’s rendition of Dilbara touched my heart and I’m sure the soul-stirring number will certainly touch the musical chord of the listeners. Kartik, Bhumi & Ananya have taken it to the next level with their beautiful chemistry.”

Producer Juno Chopra (BR Chopra) says, “When Sachet and Parampara sang Dilbara live, without any music, I instantly fell in love with the song. Though I always prefer options, in this case, I was sold by the way they sang. I asked them for the audio note so that I could hear it on repeat. Though the film has lot of comedy element, it does have a soul too. After putting out two songs, Dheeme Dheeme and Ankhiyon Se Goli Maare, we wanted to showcase Dilbara because it also portrays what the film is all about.”

Pati Patni Aur Woh is produced by Bhushan Kumar, Juno Chopra, Krishan Kumar, Produced under the banners T-series and BR Studios. The film is all set to hit the theatres.

Shivam Ahuja is the Senior Editor at Postman News. He has worked with big media brands like NDTV and The Times of India in the past. He has interests in techie and entertainment blogs. He can be reached at [email protected]
@meshivamahuja
Previous US Cranberries Organizes Masterclass with Chef Saransh Goila
Next Tara to meet with a serious accident on Tera Kya Hoga Alia 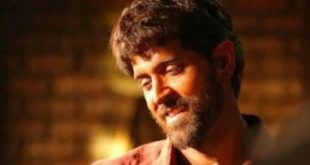 1 year of Super 30 : For Hrithik, success of this film more satisfying than success of any of his other films

Super 30, a film on the math genius, Anand Kumar clocked a year of release …