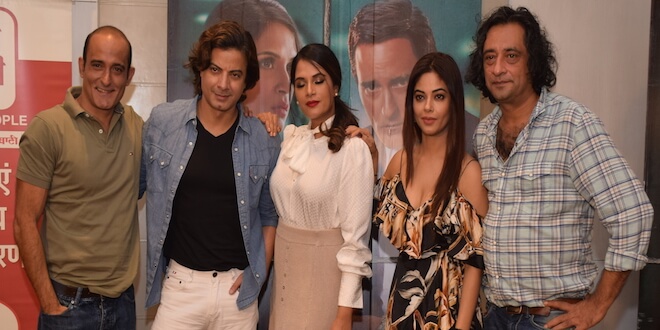 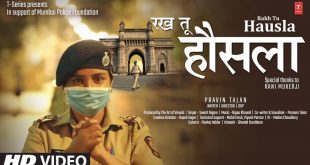 Rakh tu Hausla released; a dedication to Mumbai and its brave police force

The movie is an courtroom drama based on Section 375 of Indian Penal Code Laws. Akshay Khanna and Richa Chadda are playing prominent roles in the movie. The film is produced by Panorama Studios and T- Series jointly. The movie is all set release on 13 September 2019.

Present at the event, Leading Man Akshay Khanna qouted , ” For me it was not so challenging to work in the movie as our Director was well prepared which made our work so easy. It will be an unusual cinematic experience for audience to watch Section 375 as when I saw the movie and I was myself very excited and felt that I was watching everything in live in courtroom .”

Richa Chadda spoke about her role in the film ,” I am playing the role of Public Prosecutor, who is also a government servant and they file a litigation. My role was challenging and I really enjoyed working with such a great cast and director.”

Shailendra Jha is the Senior Writer at Postman News. He loves to write about Bollywood and Entertainment world related updates. He can be reached at shailendra@postmannews.com
Previous Sarika Bahroliya’s glam to de-glam journey for &TV’s Gudiya Hamari Sabhi Pe Bhari
Next Josh Miller keen to work with bollywood celebrities 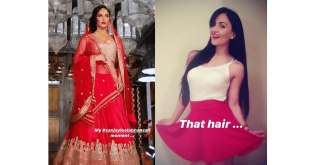 Elli AvRam gets candid with fans!

Elli AvRam has surely come a long way and is living her great Indian dream. …