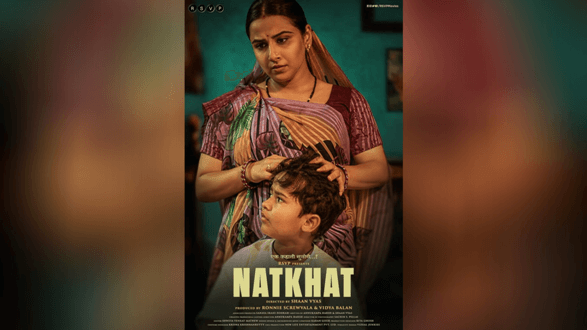 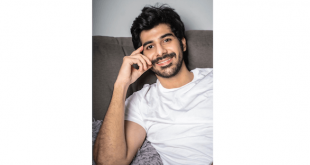 Natkhat is a 2020 short film directed by Shaan Vyas and written by Vyas and Annukampa Harsh. The film stars Vidya Balan as a mother educating her young son about gender equality and stars child actress Sanika Patel as the young son. It premiered on YouTube as part of the We Are One: A Global Film Festival on the 2nd of June 2020.

The film sends an impactful message of how the issue of women abuse stems from the patriarchy driven society and how the highly prevalent issue of domestic violence can be dealt with by changing a child’s belief system. The short film saw child actress Sanika Patel playing the role of the main character who is a boy to adhere to its message and convey the message with more compassion.

Co-writer of the short film Annukampa Harsh describes to the audience how she found the perfect fit for the role “One fine day I was generally scrolling through Instagram when I came across an uncredited post of a little girl reciting a powerful poem by Sohanlal Dwivediji. Not only was this child’s command over the Hindi language flawless, but her recitation style was also beautifully fiery and strong! “

Annukampa further added “I instantly began searching for this girl, and through the comments section discovered her uncle, traced her, and was on a call with her within the next hour. I instinctively knew she is our Sonu, and I texted Shaan within moments of “discovering” this child- Sanika Patel.”

@postmannews1
Previous From health surveys to testing and cap on in-patient private hospital costs, COVID-19 management in Delhi streamlined on directions of the Union Home Minister Amit Shah
Next Government of India & AIIB sign an Agreement for $750 Million for COVID-19 support for India 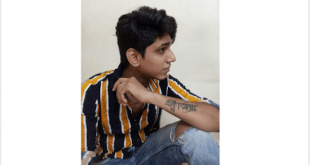