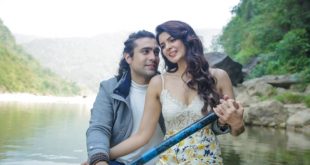 Sony SAB’s Aladdin: NaamTohSunaHoga never fails to surprise the viewers with their gripping storyline and exciting revelations. The show is yet again gearing towards revealing the first raazof Raaz-e-Kainathidden in Son Minar. Zafar’s(Aamir Dalvi) shrewd schemes have changed the course of Aladdin’s mission to prove himself innocent in front of his family and Baghdad. The show is receiving immense love and support from the viewers for its constant endeavor to entertain while making the audiences fall in love with the characters. The episodes further will finally unlock the first door toZafar’s master plan and the viewers must brace themselves for whatis to come next.

Previously, Zafar had succeeded in concealing his truth and tampering the evidence against him during Aladdin’s (Siddharth Nigam)InsaafkiRaat while pinning Aladdin for Sultan’s murder yet again in front of his family, Yasmine and Baghdad. Aladdin is troubled after this defeat and Yasmine has finally begun to believe his innocence while taking the matter to expose Zafar in her own hands.

ShehzadiYasmine(Avneet Kaur) is on a mission to find evidence against Zafar to expose the conspiracy behind her father’s murder. On the other hand, Zafar and Ginoo(RaashulTandon)make their way to Son Minar to make a mysterious sacrifice to open the first door of Raaz-e-Kainat. Yasmine, who is following Zafar’s every move, makes her way to Son Minar while secretly following the evil duo’s footsteps. Zafar and Ginoo make the sacrifice and the first door to Zafar’s evil master plan opens.

Aamir Dalvi, essaying the role of Zafar said, “Zafar has defeated Aladdin yet again and is on his quest to fulfill the sacrifices to open the doors of Raaz-e-Kainat. He will do everything in his power to fulfil his master plan to be the most powerful Sultan. I really enjoyed shooting for the upcoming episodes, although they were intense but I can feel the thrill our viewers will witness in the episodes further. So stay tuned to watch the first door unlock. What will it reveal? You will know soon.”

Avneet Kaur, essaying the role of Yasmine said, “Yasmine was under the belief that Aladdin is her father’s murderer but after watching Aladdin’s honest efforts to prove his innocence, she finally believes him. She is on a mission and has no idea what lies ahead in those mysterious doors of Son Minar. She is determined to find some evidence against Zafar and the episodes further will reveal what she really find out. So stay tuned.”

To watch what the first door to Raaz-e-Kainat reveals? Keep watching Aladdin: NaamTohSunaHoga every Monday – Friday at 9pm only on Sony SAB

Shailendra Jha is the Senior Writer at Postman News. He loves to write about Bollywood and Entertainment world related updates. He can be reached at shailendra@postmannews.com
Previous THE BODY SHOP® STRENGTHENS FOOTHOLD IN INDORE, OPENS ITS SECOND STORE
Next Travel Blogger Jagroop Singh Bhullar inspiring others to see the world 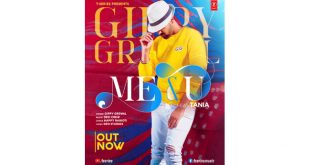 Gippy Grewal comes up with rare sad, romantic song Me & U

A breakthrough artist from Punjab, Gippy Grewal is among the most popular names in music, …