Home / BUSINESS / Here is your weekly analysis of Stock Market Ahead

Here is your weekly analysis of Stock Market Ahead 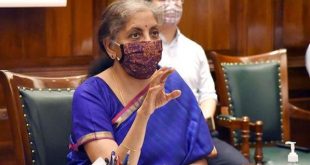 Nifty closed at 10681 at all time high which has been the trend in recent times. Nifty had formed a descending channel pattern and had given a breakout of it on the day of the Gujarat election results as it closed above 10375. The target of the channel breakout was 10700 which was almost achieved last day. Hence now we expect fresh rally only above 10700 as the pattern target will end as a strong resistance. 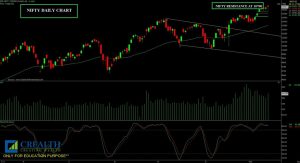 Yash is a passionate entrepreneur who is the Founder of Investment Research firm named CREALTH RESEARCH! Being a NISM Certified Investment Advisor he has done GFMP course from BSE Institute and a CFP in making. He has also been the curator of TEDxBESC & is a die heart social worker actively working with two NGO's namely Yahvi & Tiljala Shed. Can be reached at [email protected]
@ydstartupreneur
Previous BJP Delhi chief Manoj Tiwari woos Poorvanchalis on Makar Sankranti
Next Home Loan @ 0% Interest – SUNDAY GYAN 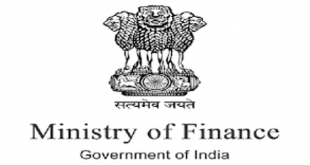 The Income Tax Department has carried out a search and seizure action on 14.10.2020 in …