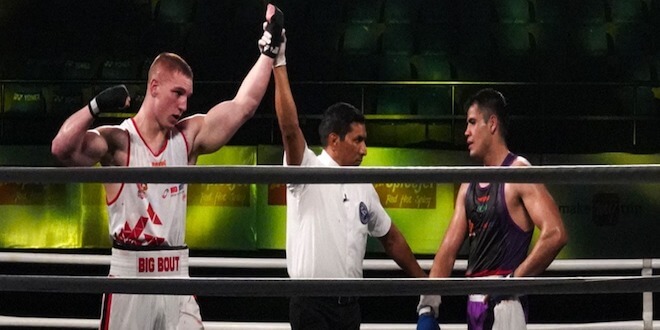 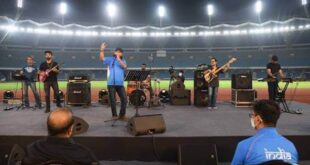 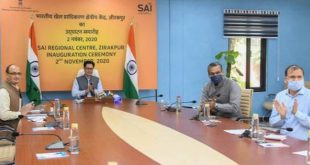 The Gujarat Giants qualifies for the semi-finals of The Big Bout Indian Boxing League; Adani Group aims to popularize unconventional sports by inspiring the youth of the country.

In line with its long-term vision to discover and nurture global sporting icons in India, the Adani Group recently entered the boxing fray. Aligned to its overarching philosophy of nation-building, it picked up a team in the inaugural edition of the Big Bout Indian Boxing League – a multi-team boxing league.

This is the second sports franchise belonging to the Adani Group after its successful and popular Kabbadi team. Through their rapidly increasing footprints in sports such as boxing and wrestling, the Adani Group is on a mission to popularise lesser-known sports in India with wider reach & coverage. It also has sports initiatives such as Garv Hai to unearth grassroots talent & bring deserved recognition to sportstars and athletes who represent India at the biggest of stages.

“India has a proven track record globally in combat sports such as Boxing and Wrestling. Our vision to participate in the Big Bout League is to contribute in strengthening these sports at the grass roots level. I firmly believe that increased visibility on television would not just earn these sports a place in popular sentiments but inspire a new generation of sporting heroes for the nation.” said Mr. Pranav Adani, Managing Director – Oil, Agro and Gas, Adani Group.

The other teams in the Big Bout League are Punjab Panthers, Odisha Warriors, Bombay Bullets, NE Rhinos and Bengaluru Brawlers.

After an impressive 5-2 victory over MC Mary Kom-led Punjab Panthers, Gujarat Giants’ Sarita Devi said, “I am happy that we went to the semi-finals. Entire team haveput their effort to win the match. We will definitely win the finals. Everyone used to say that my age (37) and being a mom will affect my game, that was the biggest challenge and I have overcome it by defeating my opponent yesterday. We will work hard in coming matches and I am quite sure that we will lift the trophy.”

Storied pugilist Amit Panghal, who recently became the World No.1 in the men’s world amateur boxing rankings in the Flyweight category, is also a part of the Adani Group’s Garv Hai initiative that aims to support India’s budding athletes in their journey to win medals at the highest stage and take India’s sporting legacy to greater heights.

Speaking on the Gujarat Giants’ title charge and his preparation for Olympics 2020, he commented, “I am very happy that we have won against a very strong opponent in the form of Punjab Panthers. We can do even better in the upcoming matches. I didn’t feel any pressure yesterday as I have already played against this boxer and my confidence level was high after I came to know that I am on top of the world rankings. I want to thank my country and my boxing family for standing beside me throughout my journey. I am working hard every day, and I am confident of bringing an Olympic medal home.” 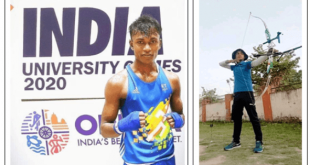